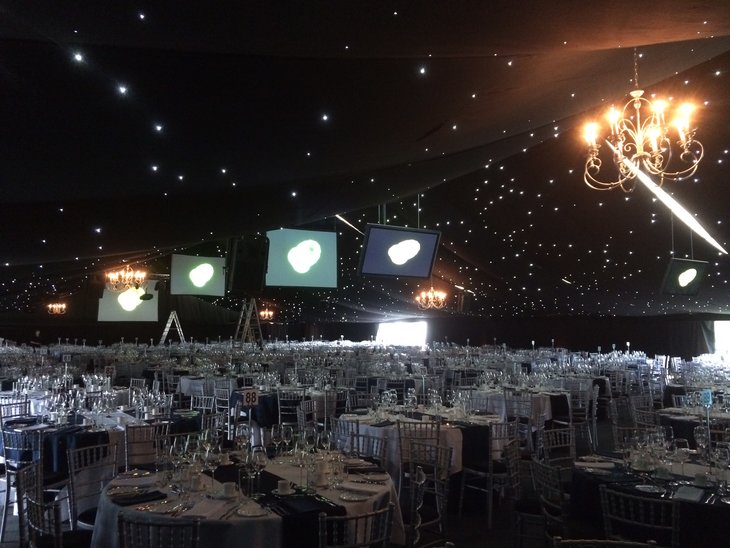 Startech were busy at work in September at the University Club Grounds in Oxford, constructing a set-up for their latest project that included AV, stages & lighting, cameras, audio systems, and power distribution. Set-up finished on the Friday ready in time for Said’s annual Graduation where students were to celebrate in their joys and achievements, of which Startech was proud to be a part of.

The event included a presentation by ‘Dear World’ featuring images of people with empowering messages written on their skin. Supporting this was a video alongside which Startech’s equipment helped portray, which featured stories of former child slaves that ‘Dear World’ visited on a trip to India. Accompanying this were some speeches conducted by the graduates; these were relayed to the five floating screens so every guest could feel like they were in the front row. This was all made possible due to the technological advances that provide Startech with equipment and systems that enable them to deliver such high quality service to their customers’.

During dinner there were 5000 photographs of the students that were taken throughout the year and were displayed on the large over-head screens which were situated in various locations within the marquee. After the dinner which started at 7 had finished for the night, the equipment got switched off, and everyone headed back home for a well deserved rest!

On Sunday the following day the crew were busy packing away equipment, after which it was all ready to be taken back to the Oxford office to be prepared for more upcoming events.

The event was a clear success with the programme administrator of Said Business School quoting “The screens looked great and worked perfectly, thank you for making it all seem so seamless! It was an absolute pleasure working with you.”